Disclaimer: If you are looking for a blog post on expert terrarium building or micro gardening, you are in the wrong place. If you'd like to see the terrarium I just made, read on!

I do not have a green thumb. Not at all. Though I love the idea of gardening and having plants in my house. I have one plant in my house, and you'll see more of him later in the post (he's not doing well). At the Elkhart Vintage Market, I discovered succulents--which I've seen before and thought were so adorable, but not for me--they had great character, and are supposed to be pretty easy to take care of, so I bought a couple. I decided to read up on terrariums a little and put my little baby succulents in a jar.

Some of you will cringe at the jar I chose, its a green vaseline glass ribbed jar, that go for a nice price online. This one was my Grandma's, I don't plan on getting rid of it, and if I decide to use it another way, I can just wash out the dirt and move on. What I love is the idea of being able to see the jar in use, everyday.

Okay, so here's what I got together to make my terrarium; my jar, fish gravel, potting soil and my three succulents. 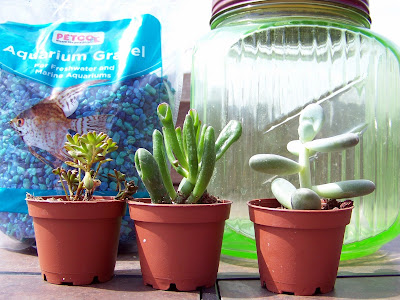 Next I needed to decide how to use the jar.. 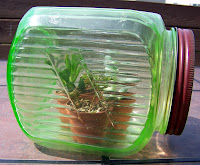 I choose to use it on it's side because I like the lid so much I thought I'd see it more head on, than on top. 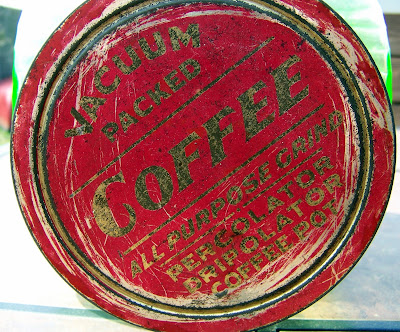 Next, I put a layer of fish gravel on the bottom. Apparently, when you're using other plants this is necessary for drainage (charcoal is also recommend for moisture control), but with succulents watering should be scarce so this step is not needed. I, personally, thought it would look cute though. 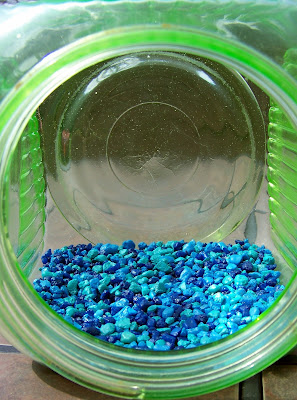 Then, I took the succulents out of their little pots and loosened up their roots, before setting them in the jar atop the gravel. 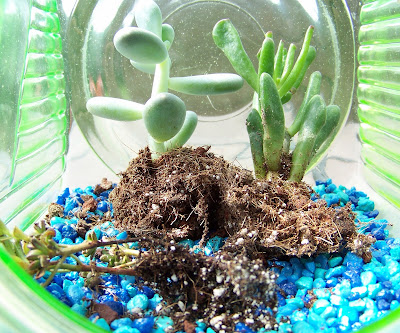 And in a last second thought, I remembered a rubber frog that I picked up at an estate sale the other week, and... 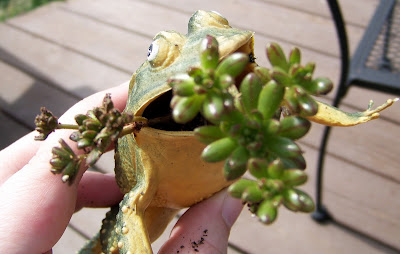 ...added a little dirt, my smallest succulent and some more dirt in his mouth. Then I set the frog inside the jar on top of the potting soil layer that now enveloped the other succulents. 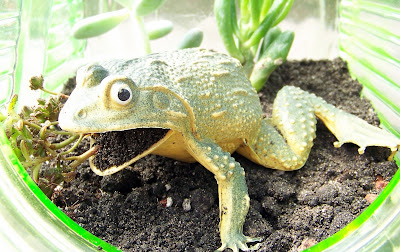 I added a little more gravel to the top for decoration and done! 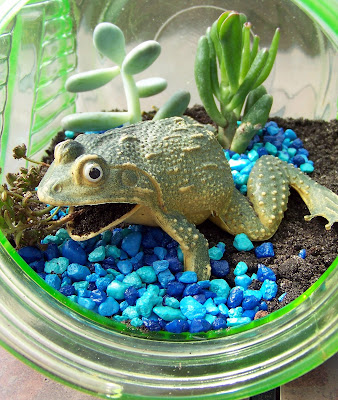 The plan had been to screw the lid on the jar, but with the addition of the frog, I didn't want to spoil the view. so the lid now sits atop the jar. 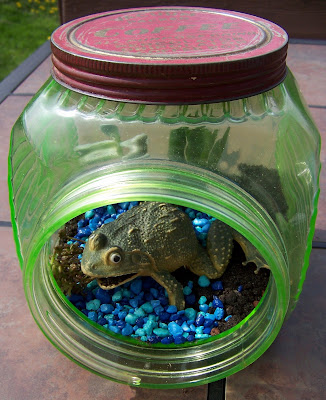 To water, I was told a spray bottle works best. No worries, I have one from failed cat training years ago, so I misted everything real good, and I think I'm good to go. I'll have to keep you updated, we'll see if I've found plants I can manage!

If you are in the Central Illinois (Peoria) area, and looking for your own succulents Relics has a large variety, and even teaches classes on micro gardening!


The other house plant, that I mentioned earlier, is on it's last leg. In a weird way, I'm kind of proud, since it has taken it about 3 years, and one move, to decide a life with me is not worth living. But I'm determined to save him. I need to get the watering regularly thing down, but also I thought he might be a bit cramped. He was still in the plastic bucket I bought him in (though tucked inside a decorative basket). I was once told that you should move a plant up to the next size bucket as soon as you buy it because it has reached it's potential in that size planter. Well, I've never found a bigger bucket that wasn't tons of money so I improvised. I used a huge dog food bag to hold the soil from spilling out of my decorative basket! 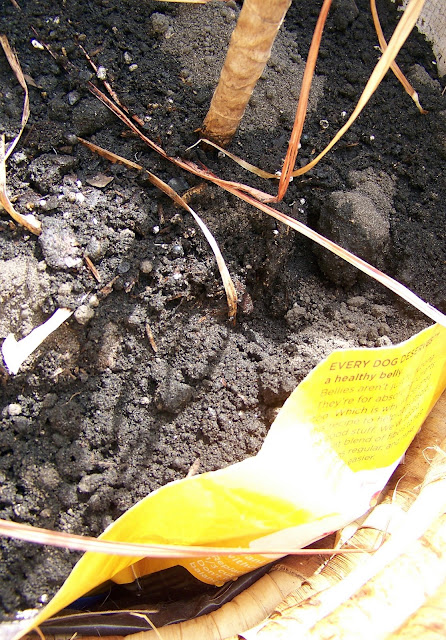 I, obviously, added more soil too. Then cut the bag close to the level of the dirt. I gave him a good drink of water, and I'm hoping he holds on! 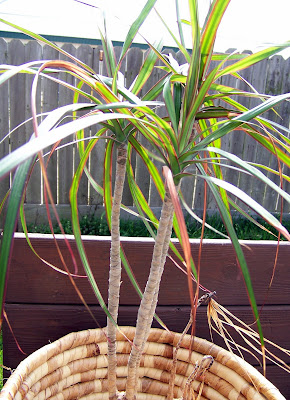 Come join us and Meet Your Maker on August 13! The fun is happening at Retrofit Culture, 1014 W. Washington, Bloomington, Ill. The three ... 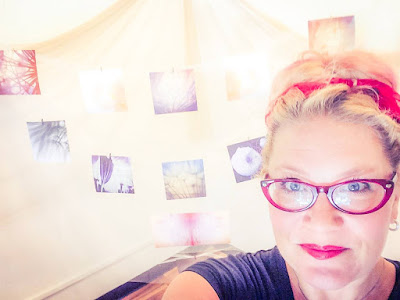 Find Us on Yelp

Check out Retrofit Culture on Yelp